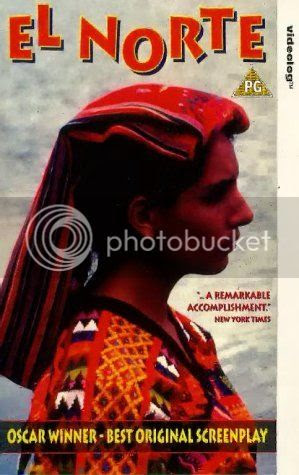 El Norte tells a story we all know, but manages to do it in a manner I have never experienced before.  The issue of illegal immigration into the United States is confronted head on, with a touch of melodramatics but also a great deal of steely-eyed realism.  The film was released in 1983, but given that immigration has become such a hot button topic in politics today, it’s a film that demands to be seen again.

The film is broken up into three discreet episodes.  In part one, we meet Enrique (Villalpando) and Rosa (Gutierrez) living in a small village in Guatemala.  The country is going through some frightening political wars, and their father is killed for being a rebel.  Their mother is carted away by the army, so the two siblings decide to head for “El Norte,” dreams of money and comfort in their eyes.  Part two is focused on their passage through Mexico, itself dangerous, and their plight in crossing the American border.  Part three deals with their economic and daily realities living in Los Angeles, and itself contains a clear story arc.

Apparently, this film was originally produced by PBS with the intention of airing it as a mini-series, but it was so well-received on its own, the decision was made to give it a theatrical release.  For me, this helped explain the film.  I could clearly see how the first part was the first installment of the mini-series, and it also explained away the tendency toward the melodramatic at certain stages.  In my head, I guess, I think of this as a really strong mini-series.  It makes more sense that way, at least for me.

Having said all of that, there is a whimsical mysticism that sets El Norteapart from its television-bound counterparts and lands it squarely in the ballpark of “film.”  There is a very clear nature association, but one of almost pure poetry and imagery.  There are tinkling bells and languid shots of spiders and flowers intercut with the plot development.  Although these are primarily used in the Guatemala sequence, they do find their way into the movie in every section.  It’s a great way to elevate the mood, to hint at the spiritual.  I got the sense of peeking at the divine through these tiny interludes.  If anything, I wish there was more consistency of these shots throughout the movie. 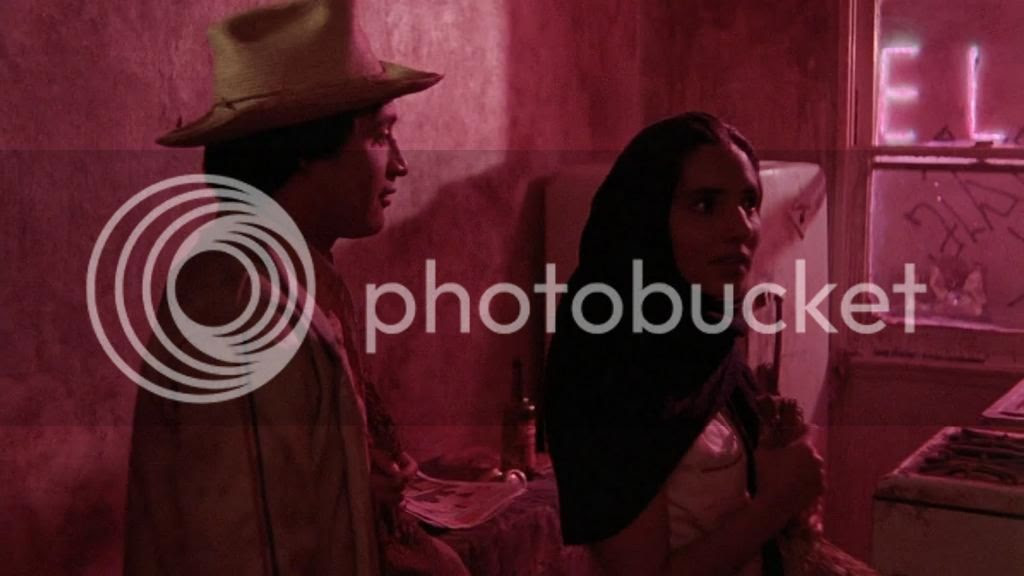 All of this, though, is really secondary to the heart of the film: the story.  This is a movie about illegal immigration told totally and completely from the immigrant’s standpoint.  It’s a fable, an oft-told tale of dreaming of a better life in a different land, only to have harsh reality crash in around you.  I’ve seen that before, and indeed, the movie makes no bones about freely referencing Steinbeck’s The Grapes of Wrath.  But telling this story in the context of Guatemalan day-laborers coming to present day America, that is a brave choice.  Today, illegal immigration is so heavily politicized, and it inspires a great deal of passionate response, both for and against.  This is not a political blog, so I will not comment at all about it here.  I WILL say that the subject is treated with such courage, such clarity, and such sympathy towards the Guatemalan immigrants that I highly doubt El Norte could be made today.  Granted, Hollywood didn’t make it back in the day, it was independently financed, but it’s still an American-bankrolled film.  How the film manages to be completely sympathetic to its main characters, and yet put them through such downright harsh situations, is pretty miraculous.  That Enrique and Rosa’s spirits remain largely unbroken despite the litany of crap they go through is difficult to buy, and enhances the notion that this is more fable than documentary.  Speaking of which (I’m writing tangentially here), El Norte feels as though it could have been a documentary, but I’m so glad it’s not.  As I was watching the tunnel sequence in particular, I imagined how the same situation would play out in a documentary.  Although listening to a person describe a very difficult and trying sequence like that would surely be moving, it can’t approach the visceral emotions of watching two characters that you’ve invested in go through it themselves.  Everything that happens to Enrique and Rosa feels as though it was ripped from firsthand experience, but by fictionalizing it and adding in a hefty dose of symbolism and mysticism, it’s much more powerful.

This is also a movie about the truth of economic disparity in current day America.  Granted, the movie was made thirty years ago, but if anything, things have gotten worse, not better, since it was made.  There is such poverty, such slums, such nothingness in the world of our two siblings.  When we do occasionally get glimpses of the world of the white and the privileged, it’s shocking how clean and wealthy and comfortable everything feels.  If anything, this movie really made me appreciate the creature comforts I have. 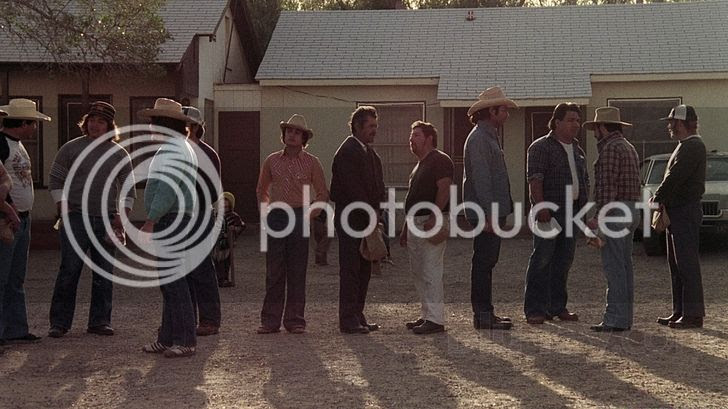 There are unexpected moments of humor in El Norte that go a long way toward lightening the mood of what is otherwise a bleak film.  When making their passage through Mexico, the siblings hitch a ride with a sympathetic truck driver who is colorful, to say the least.  When trying to learn how to speak Mexican Spanish, Enrique is instructed to drop as many F-bombs as possible, because “that’s how Mexicans speak.”  When he later successfully USES that trick, it’s worth a smile.  In Los Angeles, when Rosa gets a job as a maid, the wealthy white woman repeats “just how simple” her washing machine is, but then goes into detail about every button and how every load she does is a little different.  It felt like some sort of Abbott and Costello skit, but I mean that in a positive way.  We need these doses of levity throughout the movie.

Ultimately, El Norte is a challenging film to watch.  It’s long which can easily translate into tedious at times, it’s unforgiving, and it’s pretty damn harsh despite its low budget eighties mini-series production values.  To shamelessly quote Steve from 1001plus, this is a movie I’m glad I saw, but have precious little desire to ever see again.  Unlike other epics, though, that tell a big story just to tell it, this is a story that needs to be told, and cries out to be seen.